I was recently designing a book cover for a book of poetry, and I thought of a photograph that would work wonderfully for it. It was the top image below, a doorway at the Dunnottar Castle ruins in Scotland. When I pulled out my Dunnottar Castle photos to find the image, I realized there was what looked like a face carved in stone above the doorway. I guess I gravitate towards gargoyles and grotesques even when I don't mean to! 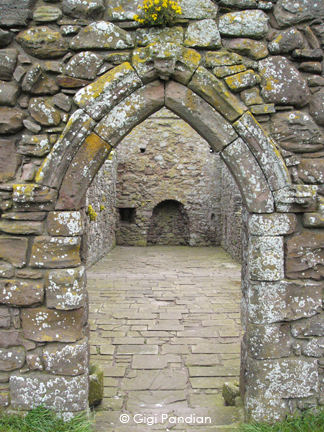 I haven't looked at these images for a while, so I'm glad I pulled out these old photos of Dunnottar. This dramatic Scottish landscape is why I set part my first mystery novel in this region of Scotland. I'll talk more about Dunnottar later in the year, but for now, here are some more photos of the moss-covered ruins. 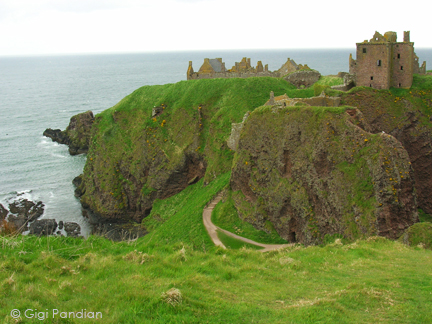 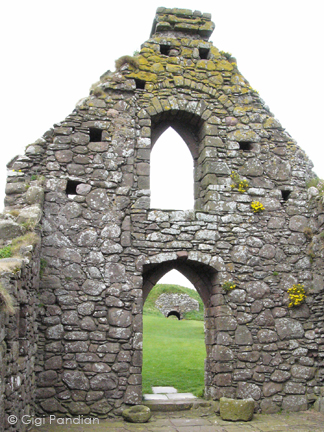 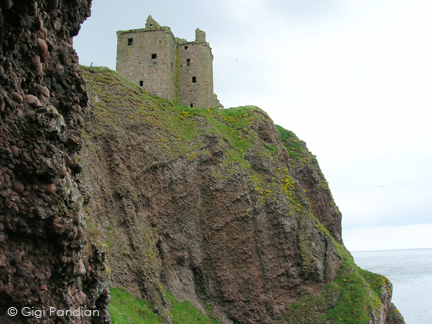 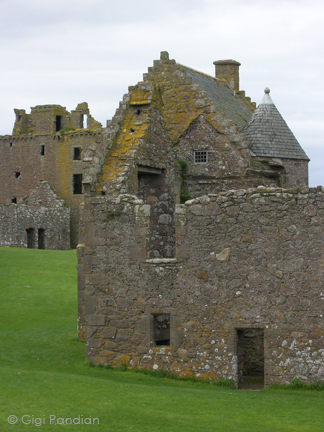 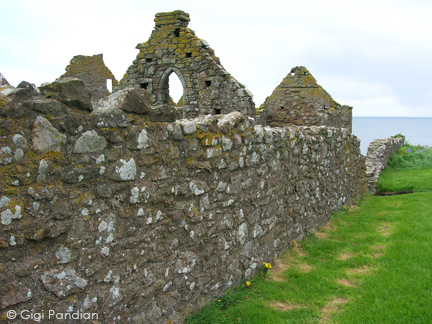 Bookshelf Gargoyles for a Rainy Weekend

It was a rainy weekend for the first time in ages. Perfect for curling up with a good book. 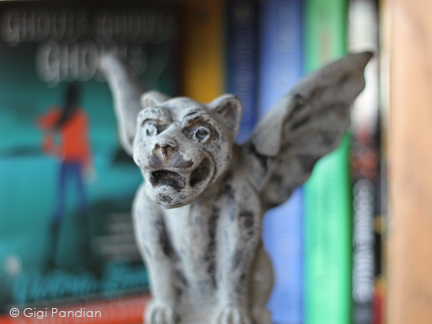 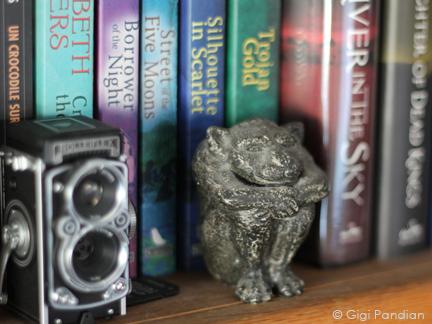 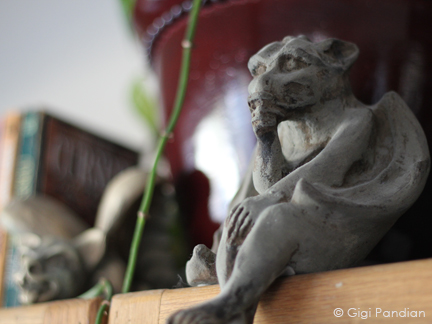 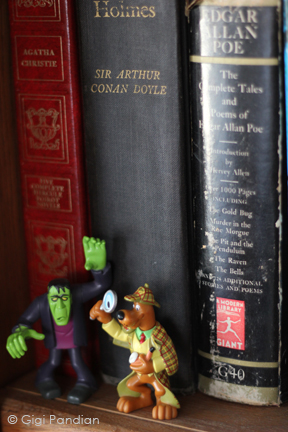 Email ThisBlogThis!Share to TwitterShare to FacebookShare to Pinterest
Labels: gargoyles

The Year in Gargoyles

Since it's the start of a new year, I thought I'd look back at 2011 through gargoyles. Even though I wasn't able to travel much last year, the year was still full of gargoyles. This post might help explain why I'm Gargoyle Girl.


Early in the year, we found a gargoyle to put on a tree stump in our backyard. 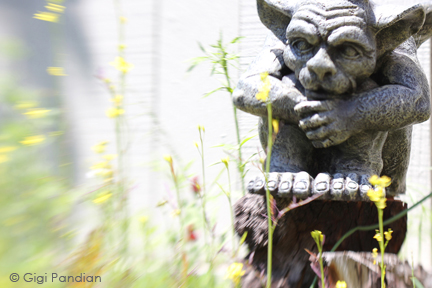 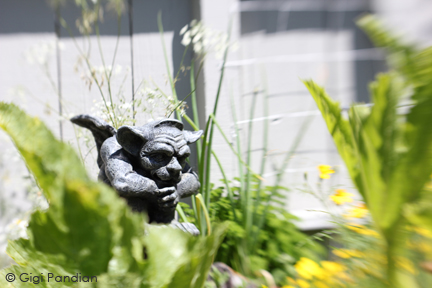 He watched over the construction of our new garden path. 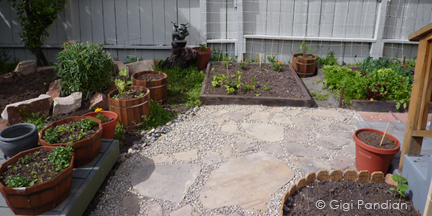 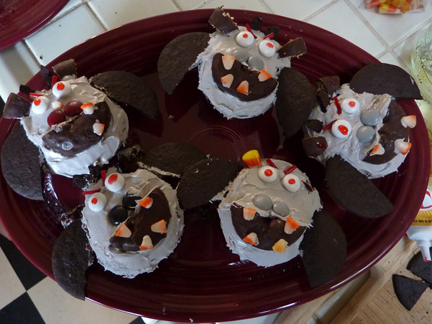 They had to make up the design of the cupcakes themselves! 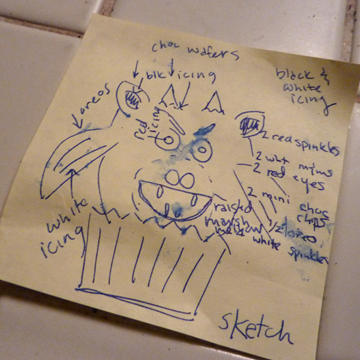 Wonder where my fascination with gargoyles came from? Here's a photo of me visiting my parents in Oregon for my dad's birthday last year. 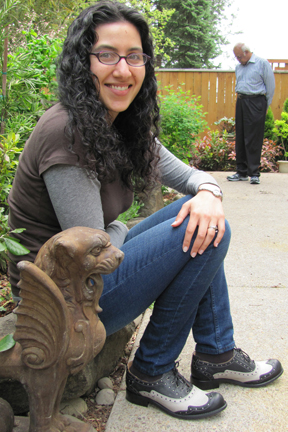 When I was diagnosed with cancer last June (which is why the blog was on hiatus in July and August), my aunt sent me this gargoyle puppet. 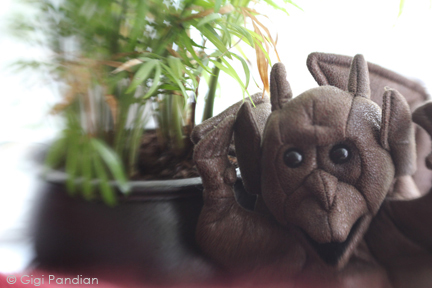 While I was stuck in the house, I began taking lots of photographs at home, such as this one of gargoyles on my bookshelf. 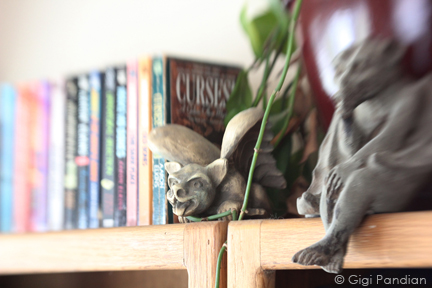 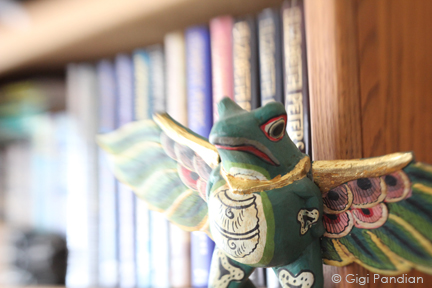 Stuffed-animal Dorian the Gargoyle is shown here with some books on art theft that I was using for research before National Novel Writing Month (NaNoWriMo) in November. 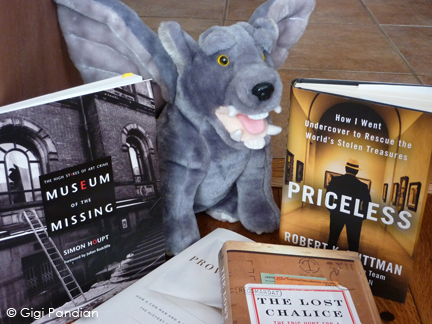 Several years ago I was given a set of gargoyle Christmas ornaments. I only put up a mini tree with mini ornaments this year, so I put the gargoyles underneath. 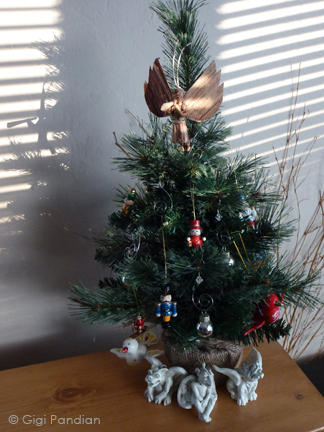 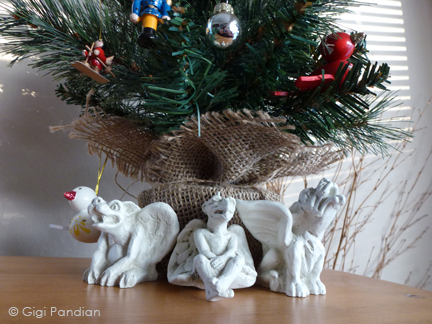 It wasn't the easiest of years, but it ended well and I'm looking forward to the new year. I'll be traveling again by later on in the year, so I'll be posting a combination of old and new photos here. Have a Happy New Year! 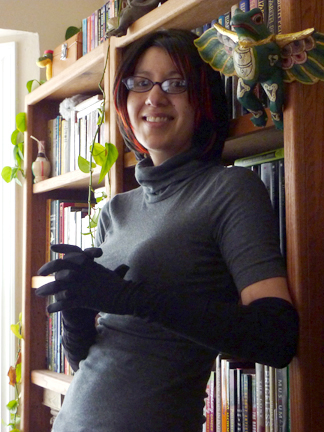 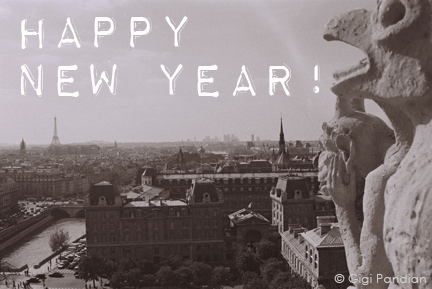