The Gargoyles of Notre Dame

The gargoyles that first inspired my imagination are the gargoyles of Notre Dame in Paris. Although the cathedral was constructed in the 1200s, the gargoyles weren't added until the 1800s -- a romantic addition to the Gothic cathedral.

I first visited them when I was a kid in the 1980s, dragged along to France by my anthropologist mother. I was fussy because I hated the food in France (oh, what a silly child I was...). But as a fan of Scooby Doo and Encyclopedia Brown mysteries, I was enamored with the mysterious stone creatures at Notre Dame.

The photos I took with a pink plastic 110 film camera will remain in a shoe box in my parents' house and never see the light of day. When I went back and visited Paris on my own, though, I discovered the mystery in these stone carvings all over again. Below are a few of the first decent photos I took of the gargoyles of Notre Dame in the 1990s. 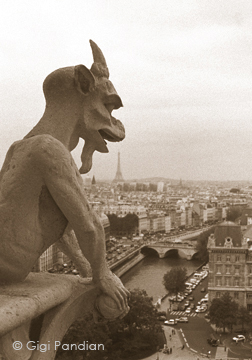 They look out over the city, watching. 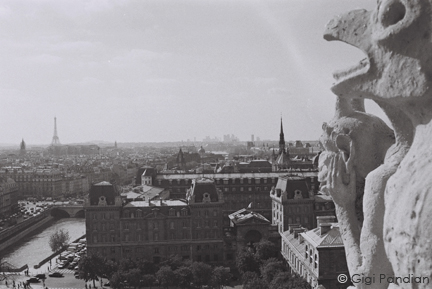 Each one is a completely unique creature with its own personality. 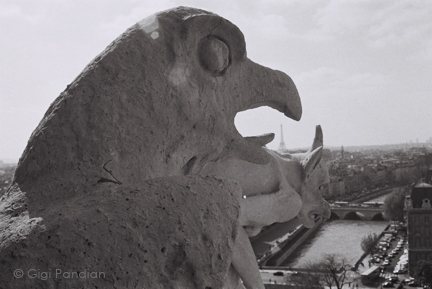 The photos above were shot with black and white 35mm film. When I first moved to San Francisco, I spent hours in the community darkroom of the Harvey Milk Photo Center developing prints of photos like these.

I've since switched to a digital camera, and have accumulated more lenses than I could afford as a teenager. But these early photos remain some of my favorites.