Highgate is a sprawling Victorian cemetery in north London that was opened in 1839. The population of London had exploded, and Parliament dictated that several new cemeteries be created in the 1830s and '40s. In addition to Highgate, the new cemeteries were Kensal Green, West Norwood, Abney Park, Brompton, Nunhead, and Tower Hamlets. (I'll be posting photos from Abney Park and Brompton later this month.)

Highgate Cemetery is said to have inspired Bram Stoker's Dracula, and in the 1970s rumors abounded about the "Highgate Vampire," creating a new urban legend. The entrance to the Egyptian avenue of vaults, directly below, shows how such rumors of vampires could be believed... 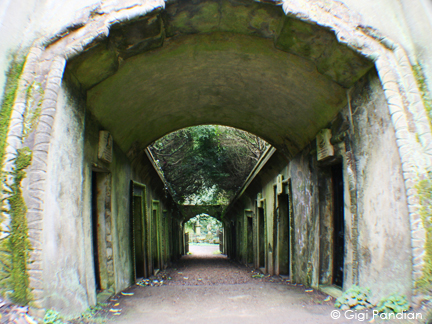 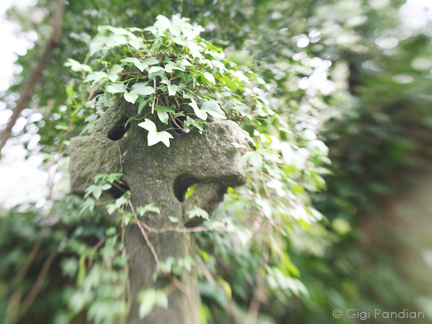 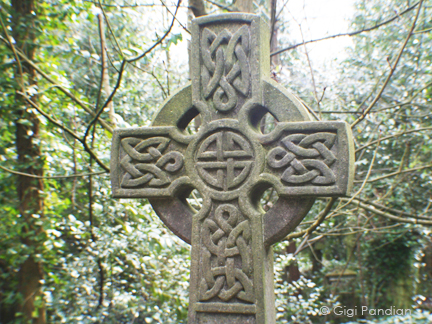 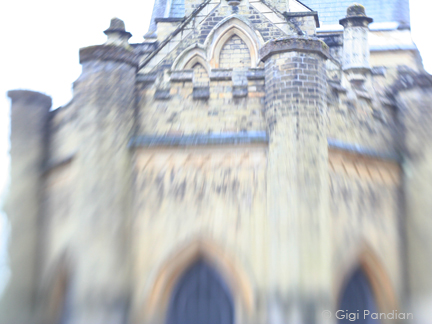 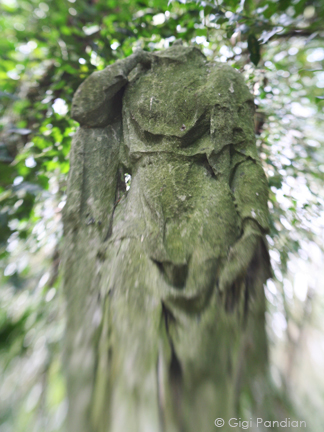 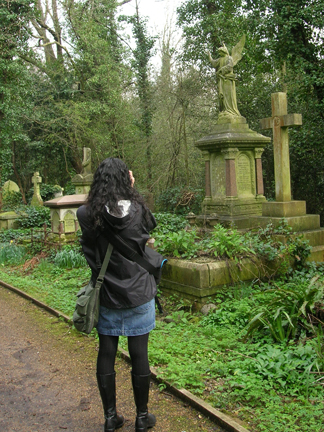 I didn't notice at the time that this photograph of me taking photographs had been taken.
--Gigi
Posted by Gigi Pandian at Monday, June 13, 2011