Edinburgh Through a Fisheye Lens

Today was one of those days where I felt really happy with my decision to organize my photos in this public way through the Gargoyle Girl photo blog. Without publicly declaring that I'd go through more than fifteen years worth of old photos, most of which are negatives, I never would have stuck with the project.

I said at the beginning of February that I'd post cool photos of Edinburgh this month, since I'm working on a novella set in the city. Once I said it out loud (well, I wrote it online, but you know what I mean), I had no choice but to stick to going through my digitized Edinburgh photos from over the years. As I did so, I had the strongest feeling there was a set of photos I'd forgotten. After a few minutes of digging, I found a CD full of scanned negatives from a trip from six years ago, right before I switched to taking most of my photos digitally. One of the rolls of film was shot with a fun fisheye lens. Here are a few of those photos.


Edinburgh Castle in the distance from Princes Street. 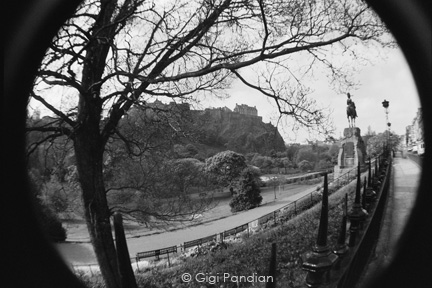 The Bedlam Theatre, where I acted in a play during college. I love the architecture of this building. 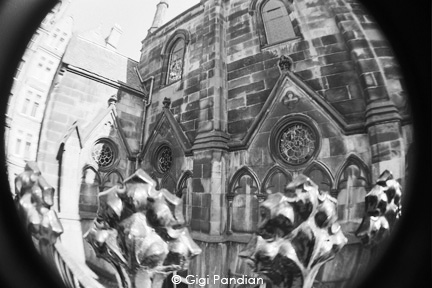 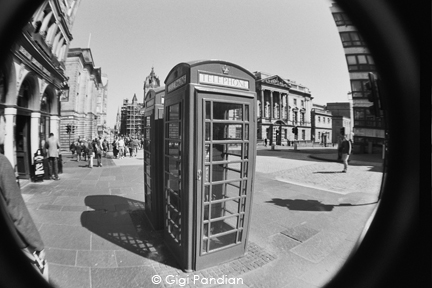