The Gargoyles of Mont Saint Michel 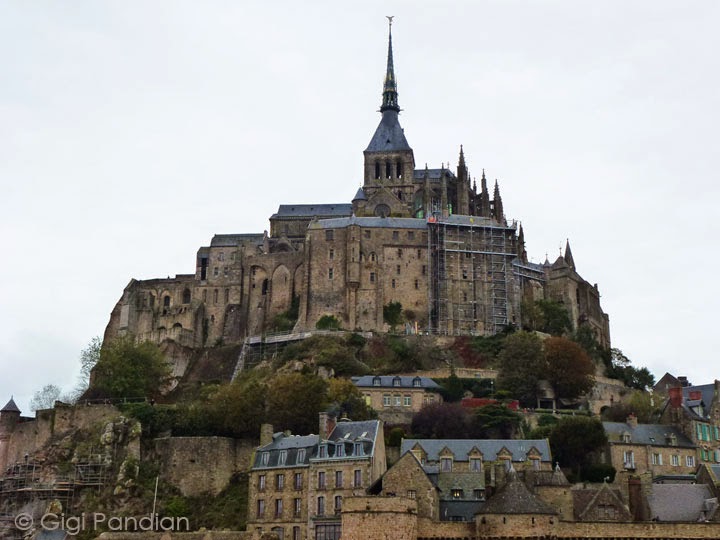 Mont Saint Michel is built on an island off the coast of Normandy. It has been a monastery, a scriptorium, and a prison. Because of its strategic location surrounded by dangerous tides and quicksand, it's been a relatively secure fortress during periods of history that were anything but secure.

The hilly island off the northern coast of France in Normandy was transformed into Mont Saint Michel after a local bishop had a dream in the year 708. Saint Michael appeared to the St. Aubert, the bishop of Avranches, in a dream, and asked him to build a monastery. Legend says that Aubert thought it nothing more than a dream until Saint Michael returned in another dream -- and this time burned a hole in the bishop’s skull with the touch of his finger.

Building on a rocky hill rising out of the ocean was difficult, and several miracles were attributed to making the seemingly-impossible construction a success. The island rises out of the fog and is surrounded by the ocean during high tide. Until a causeway was built, visitors had to wait until low tide to reach the Mont. And to this day, people die in the waters surrounding the Mont, either by getting caught unawares in the dangerous tides or stepping into quicksand that's deceptively the same color as solid sand....

Looking up at the gargoyles on the Abbey tour 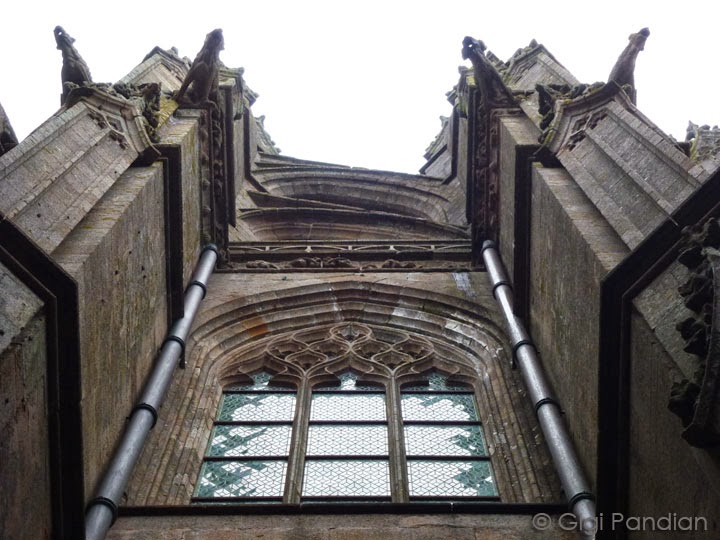 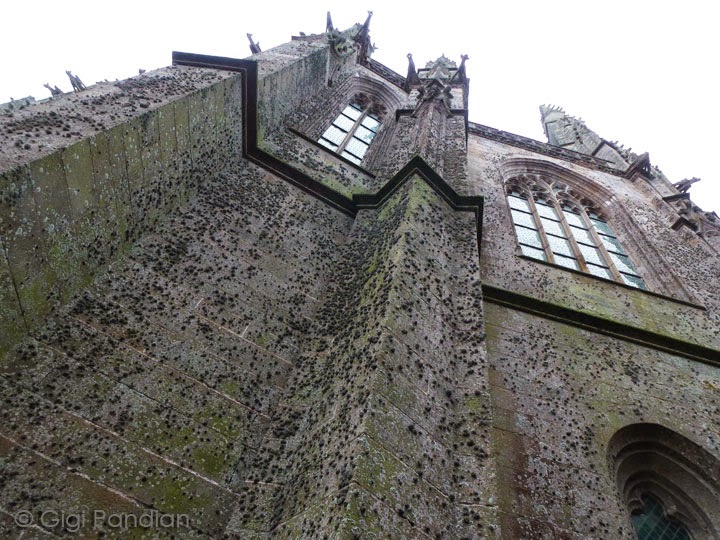 Weather-worn gargoyles visible from the cloisters 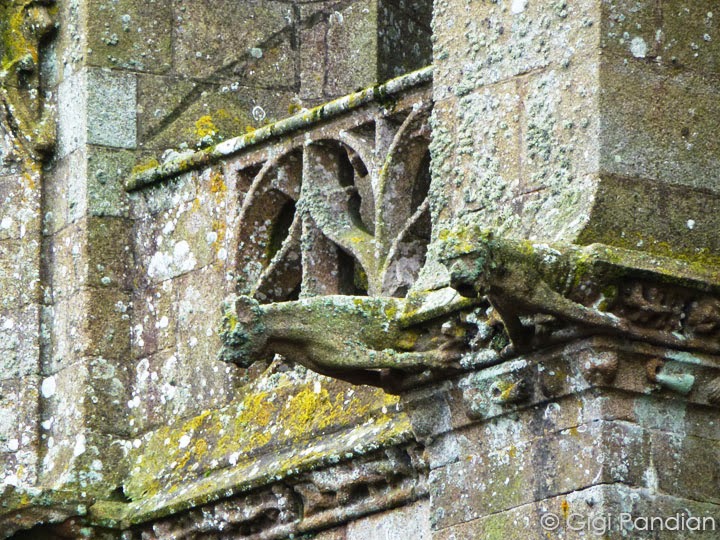 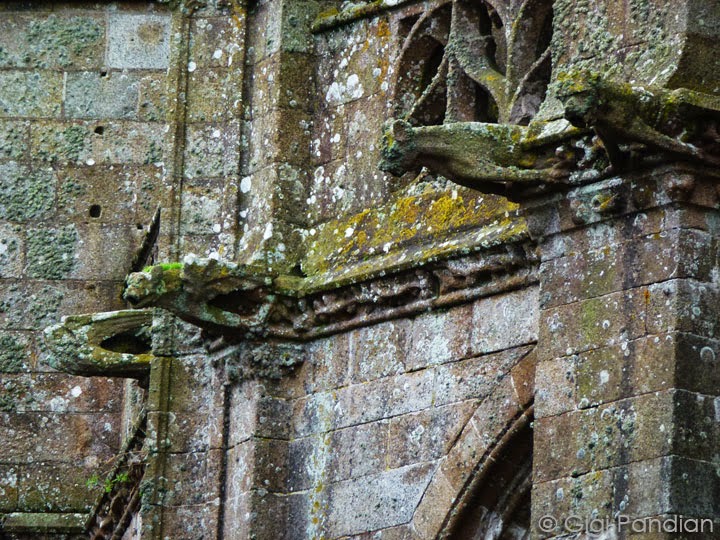 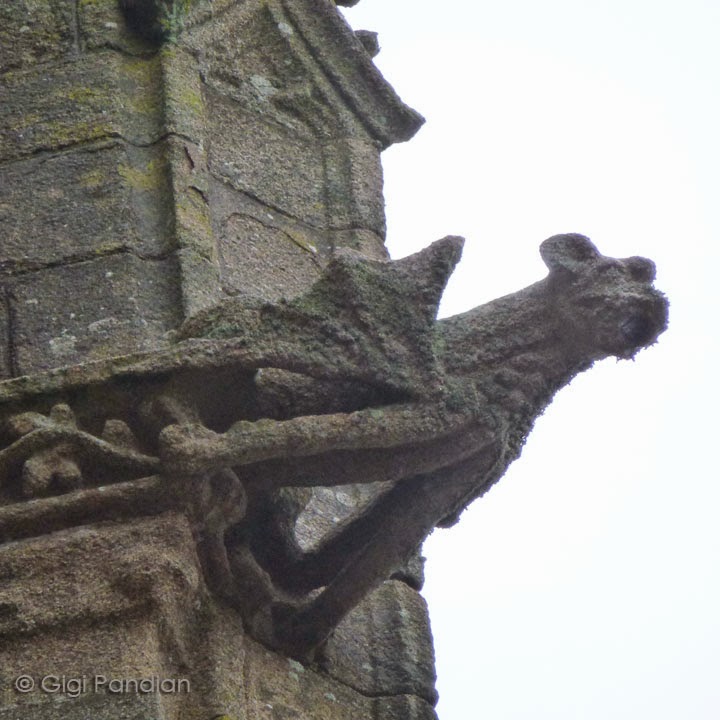 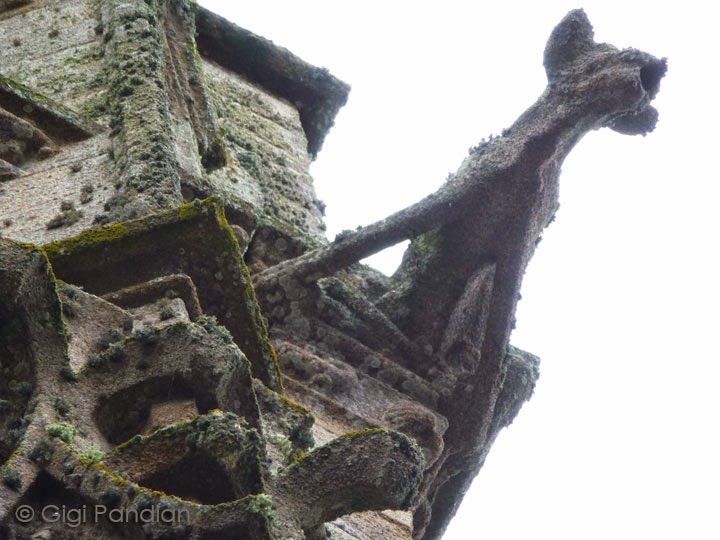 The Abbey's spire, with Saint Michael on top and dozens of gargoyles below 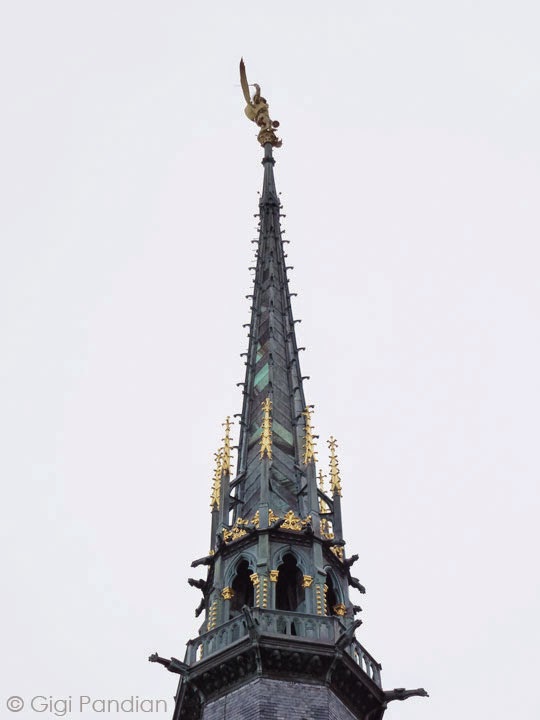 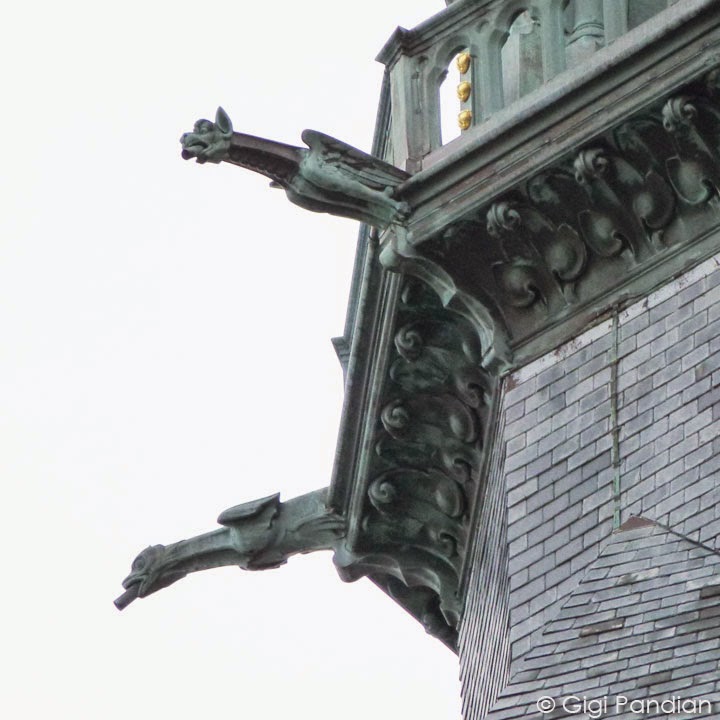 And on the steep and winding main street leading up to the Abbey, you can guy your very own gargoyle 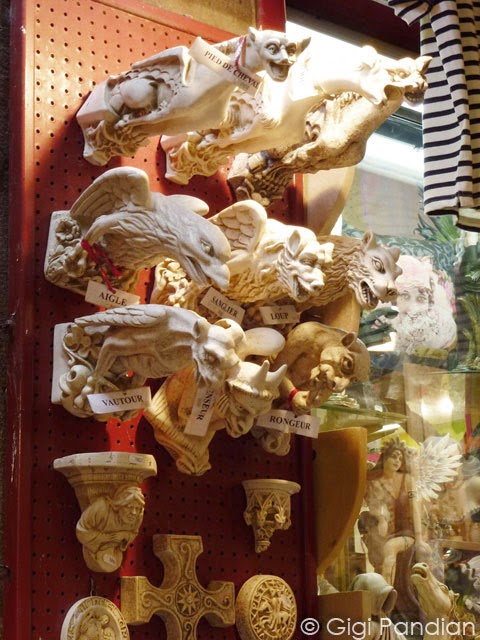